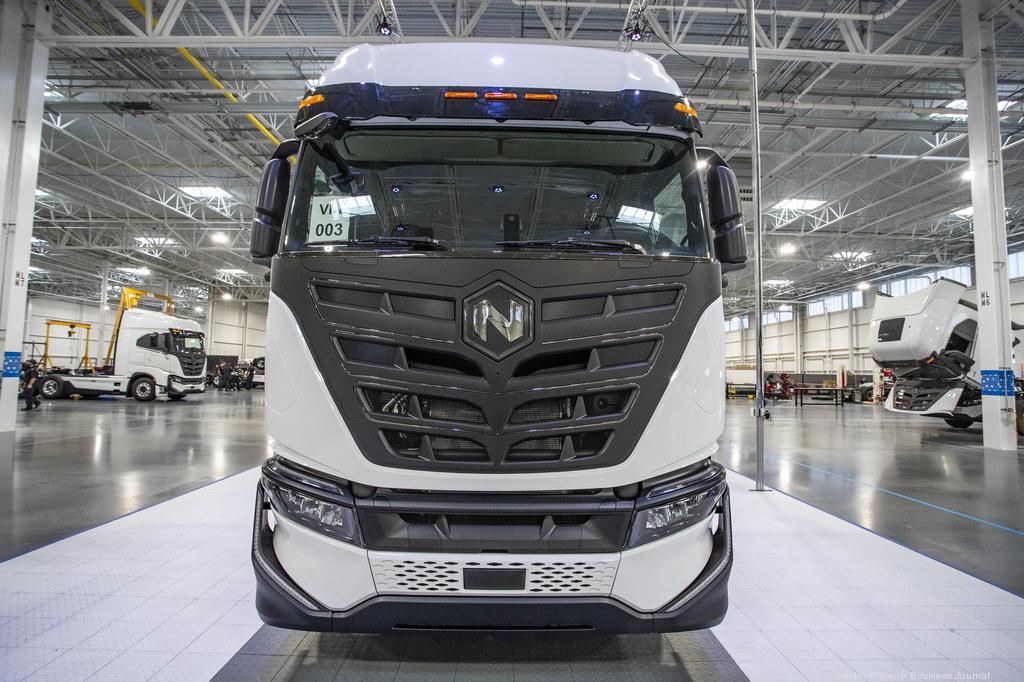 Nikola, the Phoenix-based maker of zero-emission vehicles, opened its factory doors to the public on Wednesday, giving a glimpse into the company’s early production progress.

Nikola Corp. (Nasdaq: NKLA) kicked off commercial production at its Coolidge plant last month and on Wednesday the company said it had produced its first 11 vehicles which are expected to go out to customers in the second quarter.

The event welcomed customers, suppliers and other stakeholders into the plant for a tour and a test ride in the Tre semitruck. Gov. Doug Ducey and other government officials were also on hand for the event.

“Today marks the day, when we transition to customer deliveries,” CEO Mark Russell said in an address to the audience at the event. “We’re now going to be a revenue producing company and will be forevermore.”

Click on the gallery below to see photos inside the plant:

The company expects to produce between 300 and 500 battery electric vehicles (BEVs) this year, a figure contingent on the amount of battery packs the company can get from its suppliers.

Nikola came to life as a Utah startup back in 2015 and though the company has yet to generate revenue that is expected to change in Q2. The company has previously said it expects to break even by 2024, once the Coolidge factory is fully built out and the company is selling both BEVs and hydrogen fuel cell electric vehicles (FCEVs).

The company is currently operating in what it calls Phase 1 of its Coolidge factory, an approximately 250,000 square foot space, running one assembly line on one shift a day and completing a single truck each day. The goal is to scale up production by adding hundreds of thousands of square feet of manufacturing space and eventually make five vehicles a day, then up to 10.

Mark Russell, president for Nikola, addresses a crowd of Nikola employees, dignitaries and members of the media at Nikola’s Coolidge Manufacturing Facility.

This Coolidge site will have production capacity of 2,400 trucks each year, according to an analyst presentation the company made last month, with the ultimate capacity goal of 45,000 units each year by 2024, counting both BEV and FCEV models.

Nikola spent about $105 million on the factory through December 2021 and it expects investing another $150 million this year and $345 million next year as the plant grows.

“This is just the beginning,” Nikola’s global head of manufacturing Mark Duchesne said. “We’ll be building here in Coolidge for a long time to come.”

Nikola shares are down about 27% year to date. The company will present its Q2 earnings next week on May 5, 2022.

Nikola’s factory is located about 20 minutes south of Coolidge proper, just outside the city limits. The land around the facility is mostly farmland (including fields of flowers directly west of the factory) with views of Picacho Peak to the south.

The Nikola plant is also about 30 minutes southeast of another electric vehicle factory run by Lucid Motors. Lucid started its luxury EV sedan production last year and it currently employs hundreds in the area, but its rapid expansion has burdened the local infrastructure.

The Tre BEV starts out as a barren metal chassis, before technicians tack on electrical systems, air brakes, axles, other systems and nine hulking batteries, each of which weighs 1,000 pounds and contains thousands of cells.

There are currently about 250 people working the factory now and another 50 to 100 are expected to be hired on by the end of the year.

The trucks are large but move noiselessly, save for crunching gravel beneath tires and a dull hum of the electric motor. Inside the cab, the ride is silent, smooth and speedy on acceleration.

The Nikola Tre BEV has a range of 350 miles per charge, making it a day cab truck that will be used for runs within a state or region. The FCEVs are expected to have longer ranges for delivery use between states.

Several completed trucks — with VIN numbers in the single digits — sat on display with logos of eager customers adorning the doors; Total Transportation Services, Covenant Transport and Saia are all waiting on BEVs. Anheuser-Busch, Nikola’s largest would-be customer, has signed on for 800 FCEVs over the coming years to transport its beer to thirsty customers.

Plans for the future

Nikola currently employs about 1,000 people and it expects to hire another 200 to 400 by the end of the year. Most of the employees work out of its Phoenix headquarters, including some 700 engineers on staff.

Nikola executives lauded the speed with which the factory came online, noting that less than two years ago the land was desolate desert. Left out of the congratulatory mentions was Trevor Milton, Nikola’s founder and former executive chairman, who was on hand for the groundbreaking ceremony back in July 2020.

Milton resigned from the company in Sept. 2020 following allegations of fraud; Milton was since been charged with multiple counts of fraud by the Securities and Exchange Commission in July 2021. Milton still owns more than 11% of Nikola’s outstanding shares, according to the firm’s proxy statement issued on April 20.

Despite Milton’s baggage, Nikola has ambitious plans for the coming years. Selling trucks is just the start, the company also plans to include repair services on leases for its FCEVs and to produce and dispense hydrogen fuel in a nationwide network. Nikola is expected to break ground on an Arizona hydrogen production hub later this year, but the company has not disclosed where. 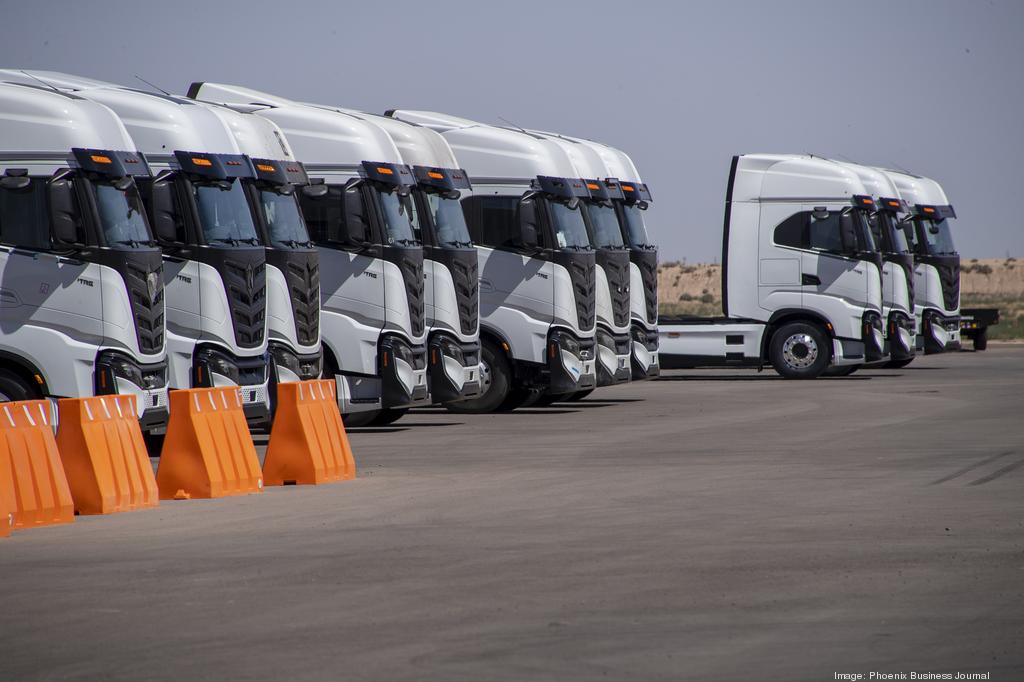