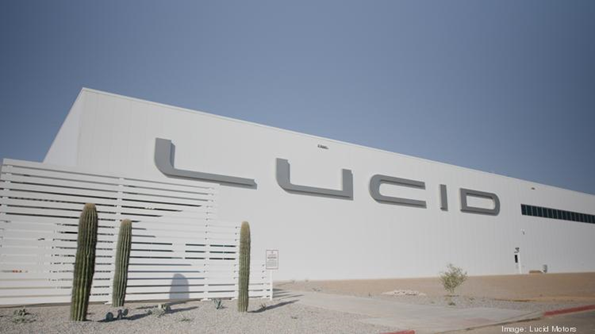 Lucid Motors, the electric vehicle company producing its cars in Casa Grande, said on Monday that it now employs 2,000 people in Arizona and that it plans to hire 1,000 more by year’s end.

The company’s rapid expansion is starting to impact life in Casa Grande, according to Daniel Witt, Lucid’s head of state and local public policy who testified before the Arizona Senate Transportation and Technology Committee on Monday.

“All of this is beginning to put pressure on housing vacancies in Casa Grande, and basic services, child care, anything you can imagine for the area,” he said during testimony on Monday. “In truth, because of our rapid expansion, it’s emblematic of just how quickly those services are going to be necessary, and the support really can’t come fast enough

Lucid Group Inc. (Nasdaq:LCID) started producing its flagship Lucid Air Sedan last fall and the company has since delivered hundreds of vehicles to reservation holders, though Witt would not disclose a more specific figure.

Witt said about half of the 1,000 jobs the company is aiming to fill by the end of the year will go to the production teams working to assemble cars in Pinal County, with other new hires to fill roles as engineers, technicians, managers and more.

During testimony, Witt said the company was thankful for the expansion of the Drive48 training program that opened last year as well as the recently announced plan to widen Interstate 10, but he told the Business Journal that the company is growing quickly so services and home construction need to pick up now to keep pace.

“We are trying to raise the specter of both an imminent concern as well as something that grows into something even larger and more dire as our growth ultimately continues,” he said.

Witt said that homebuilders are, generally, waiting to see how the region grows before making investments to boost housing stock, which could lead to a supply pinch down the line as Lucid and others in the area staff up.

Lucid opened AMP-1, a 1 million-square-foot site, in September and the company is already working on construction for an even larger facility next door.

Witt credited the leadership of Casa Grande for being receptive around these growth issues and said that they recognize bringing in a major employer comes with immediate benefits as well as long-term challenges.

Witt said that Lucid has generally been spared from major supply chain issues because the company is much smaller than competitors, turning out an estimated 20,000 units this year compared to major automakers that can turn out more than a million units annually.

As Lucid continues to build up its manufacturing capacity in Casa Grande, the company expects to make around 90,000 units annually in the future, including a newer SUV model called the Gravity which is expected to begin production by the end of next year.

States such as Michigan, Ohio, Indiana and Tennessee have long histories as car producing states, but the shift to electrification opened the door for new players, like Arizona which is also home to Nikola Corporation’s manufacturing facility in Coolidge and other EV startups in the Valley.

“Arizona has the foundation to be a national player when it comes to electrification,” Witt said. “Just by virtue of its foresight to invest in things like the semiconductor industry, and now having a key cog in Lucid firmly planted in the state.